Today I’m releasing the latest version of Keepmark - 1.38.0. The most expected new feature here is the introduction of spell check for notes. This way, you don’t have to open the typed text in an external application to verify if there are any typos in the text. To start using this functionality, you first need to import dictionaries in the concerned languages (the app will also help with this). In addition, there are more smaller improvements and fixes. One of them is, for example, the presentation on the list of tasks the information about the project to which the selected task has been assigned. 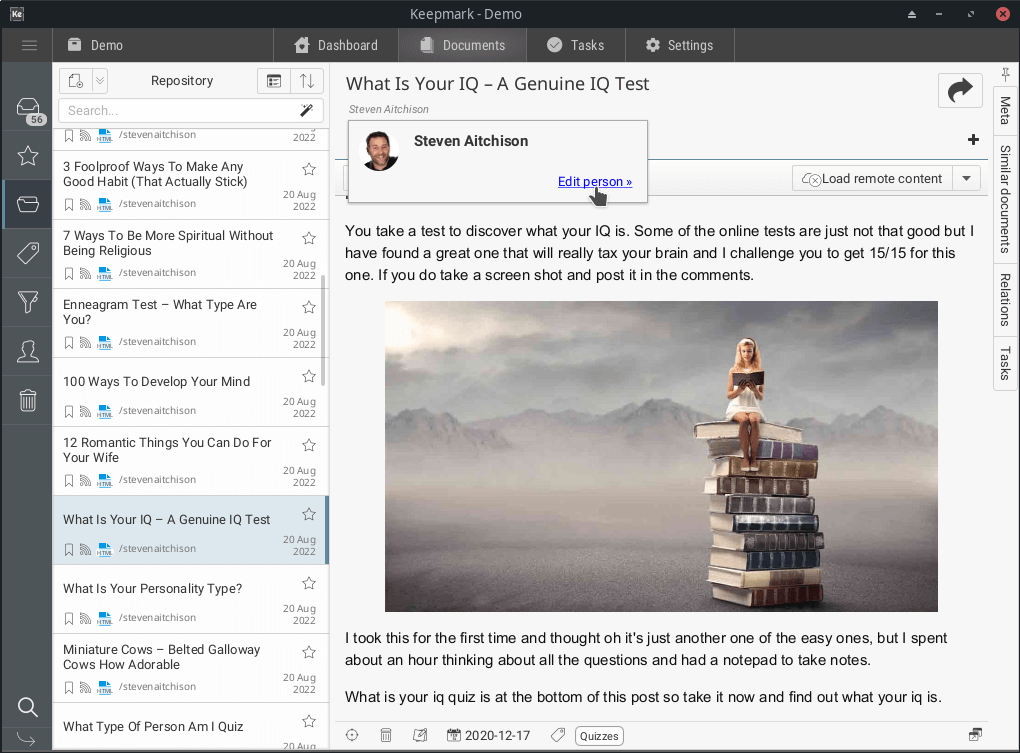