I guess it’s about time to release another bunch of new tweaks and fixes in Keepmark 1.35.0. I’ve mentioned the biggest changes in previous posts - improvements to the document preview in the list, and the ability to automatically assign tags to documents. Another immediately noticeable change is also the appearance of a splash-screen when launching the application. But there is more… 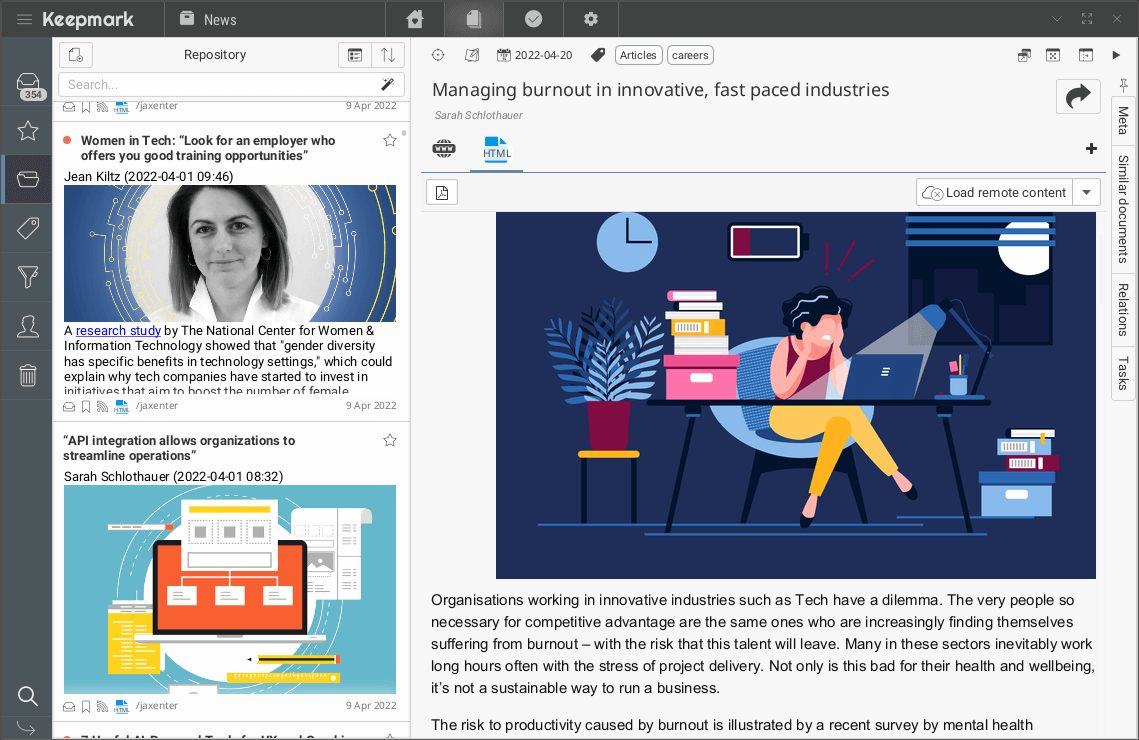 In the new release there is also an option to save bookmarks or feeds with images - so the user can access the whole article offline, not just the downloaded text (not to mention better privacy and access to the full article even if it is no longer available on the site). For feeds, there is also the option to download the entire article instead of just the introduction (as sites usually publish).