Today I can finally announce the release of another major version of Keepmark - 1.24.0. The main feature that has been provided is the synchronization engine for workspaces. With this engine there are 2 implementations - synchronization to a local folder on a hard drive, and WebDav synchronization. There are also some minor fixes and improvements. 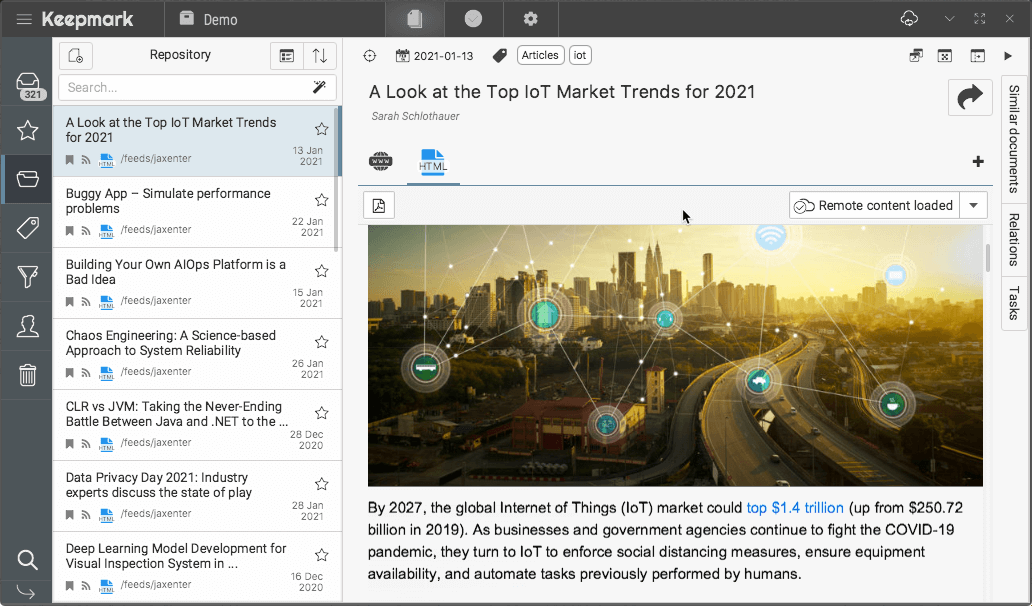 The synchronization mechanism is still an experimental feature (marked with an additional warning), but I' m planning to work on it in future versions. This was one of those things that was missing and that I wanted to implement for over a year, but I kept delaying it due to the amount of work and the associated risks.

Below I have attached a video showing how to get started with a synchronized repository.

Besides the sychronization itself, I’ve made some smaller improvements - e.g. configurable limit of the indexed file size (default size is 2MB), displaying the date of the created task (helpful when we want to know how old the task is), and some minor bug fixes. I’ve also made some new architectural decisions (in fact I’ve cut myself off from 1 concept), which in the next releases may improve the performance of the application, and for sure make the further development of Keepmark easier.