I am a fan of privacy and not publishing personal documents on the Internet. Unfortunately, it is also the most convenient way of working if, like me, you work every day on several different devices. Therefore, even before the release of the previous version, a clear plan appeared - I need to add encryption to the synchronization mechanism. And that is exactly what happened - it will appear in the next release. 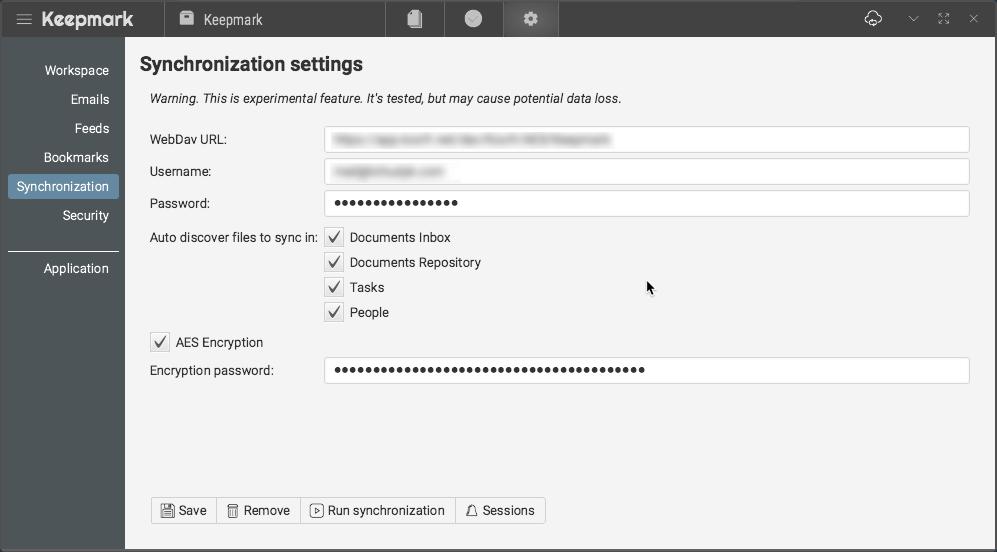 Keeping the concept that Keepmark is supposed to be an assistant tool, and not one without which you won’t be able to access your data, also here during synchronization I had to choose a format such that it would be possible to decrypt files stored in a remote repository, without using Keepmark. So I chose AES encryption, the one already implemented in the application, where encrypted files can be decrypted using tools from aescrypt.com.