In the upcoming version, I decided to focus a bit on the synchronization engine. One noticeable change is the introduction of file icons to the conflicts view, and another is the introduction of the ability to preview files (remote and local) during conflicts resolving. In the example below it is a preview of a markdown file, but the preview will be available for all Keepmark supported formats. 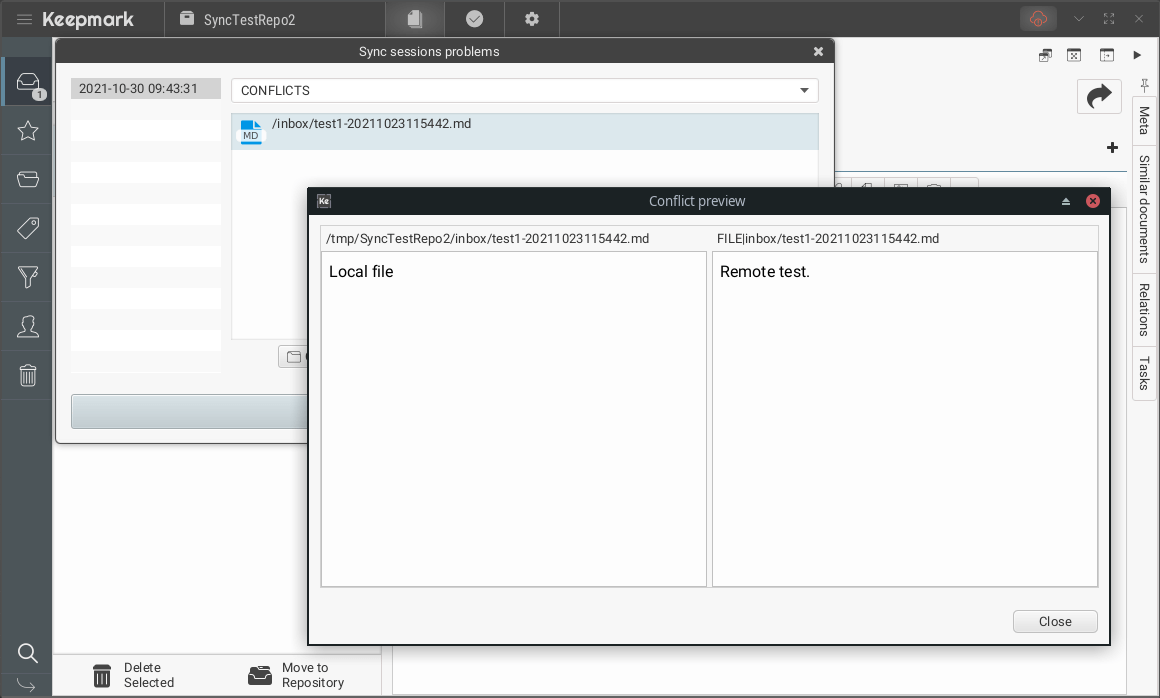 As part of the changes, I also made some minor improvements to the sync mechanism. Synchronization will not start if we have any unresolved conflicts, but files waiting to be removed after previous synchronization will no longer block the next synchronization cycle. I also tried to fix an issue with duplicate files when sync is enabled and new emails are downloaded from a configured account.