Since today a new Keepmark -1.30.0 is available. It’s hard to call this release with a specific feature, because it contains many of them. Among others: a new default markdown editor, a new workspace selection component (with a quick access to the recently used ones), or a pinned document details panel, as well as other minor fixes. The work doesn’t stop, and I' m slowly starting to plan what’s to come in the next one. 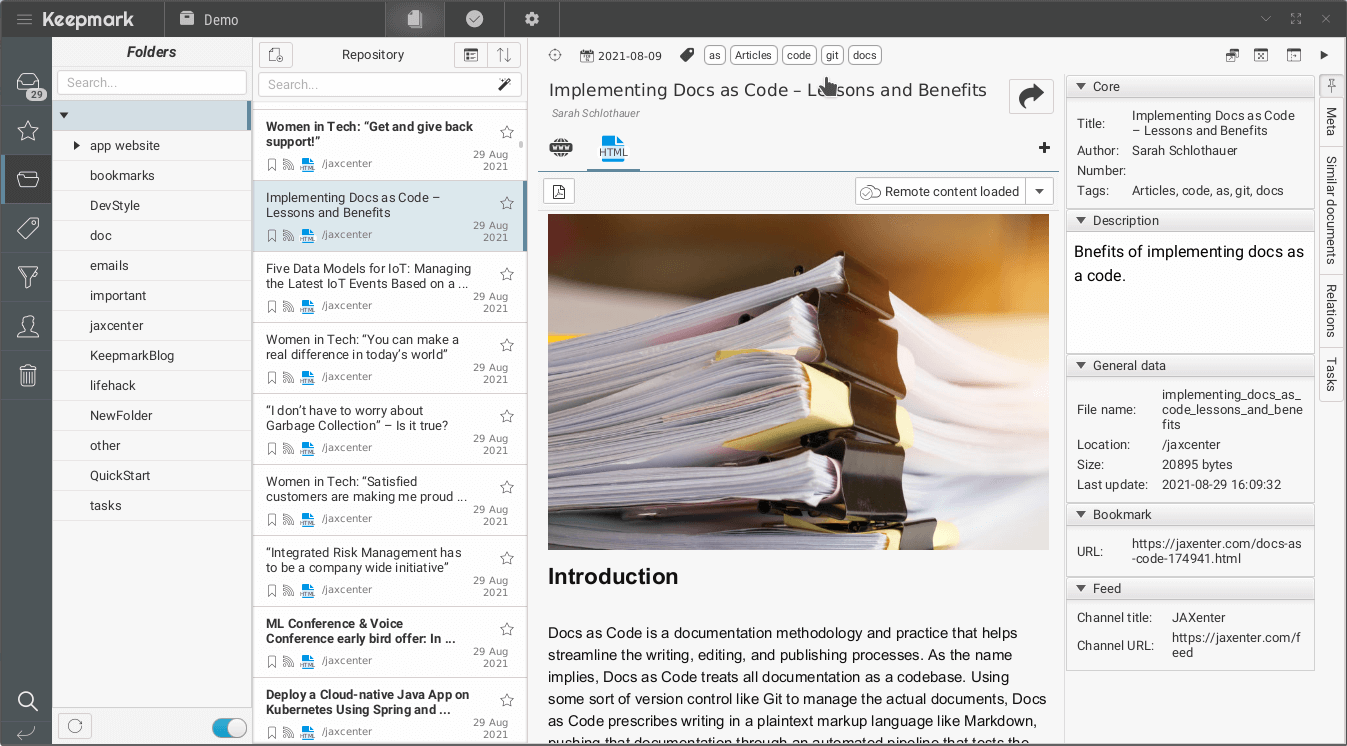 The release also includes improvements and fixes in the new editor, e.g. conversion of image path in markdown and texptack files (as I mentioned before), fixes for bulleted and numeric lists, context menu for links and images.

Other changes include improved styles for grouped lists, improved sorting, the ability to add descriptions to documents (not only as before without available previews), improvements in logging into gmail accounts, and other minor changes.

I encourage you to download the latest version and to submit your suggestions for future releases of Keepmark.