It’s time to share with you the next version of Keepmark - 1.29.0. As I mentioned in 2 previous posts, in this release I focused mainly on the new markdown/textpack editor. In this release it doesn’t replace the current editor yet - I introduced it in parallel to the existing one. In order to encourage people to switch to the new editor, there is also a new feature for it - the ability to link text fragments to other documents inside the repository. 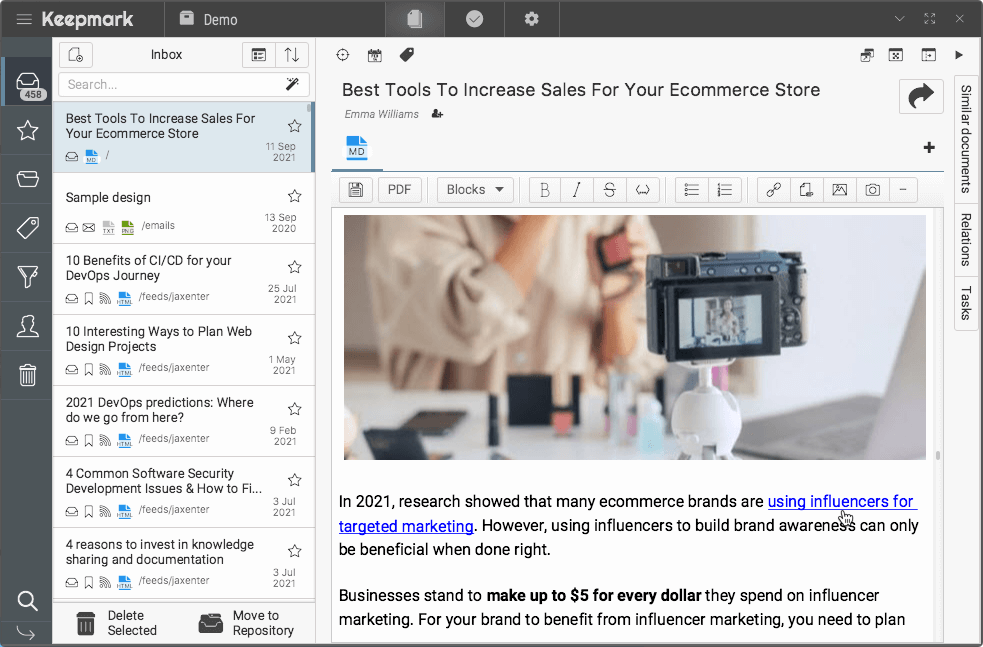 To enable the new editor, go to the application settings and select the checkbox as shown in the image below: 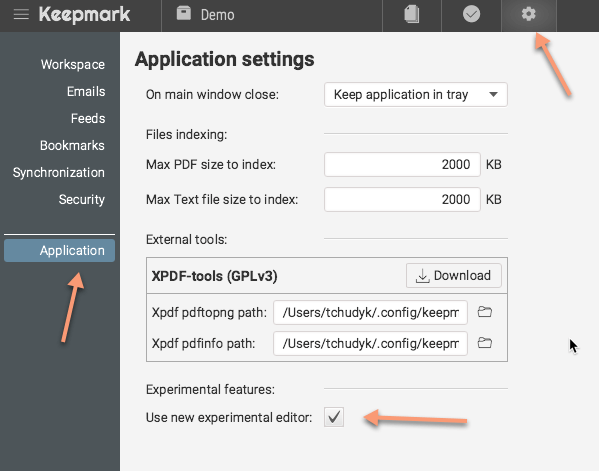 If you notice any problems with the new editor, please let me know, and in order not to disturb your normal work, you can switch back to the old one at any time.

This release also fixes a few issues that were found, like including graphical fixes on MacOs, fixes in the video player, fixes for working on multiple monitors, adding the ability to open a document in a new window from the quick search view.