Although it’s been more than 2 months since the last release, I wasn’t lazy during that time and today I can present the release of the next version of Keepmark 1.26.0. In this case the main change is not very noticeable (rewritten documents module engine), but when stabilizing the release I added some smaller “boosts” to the application. 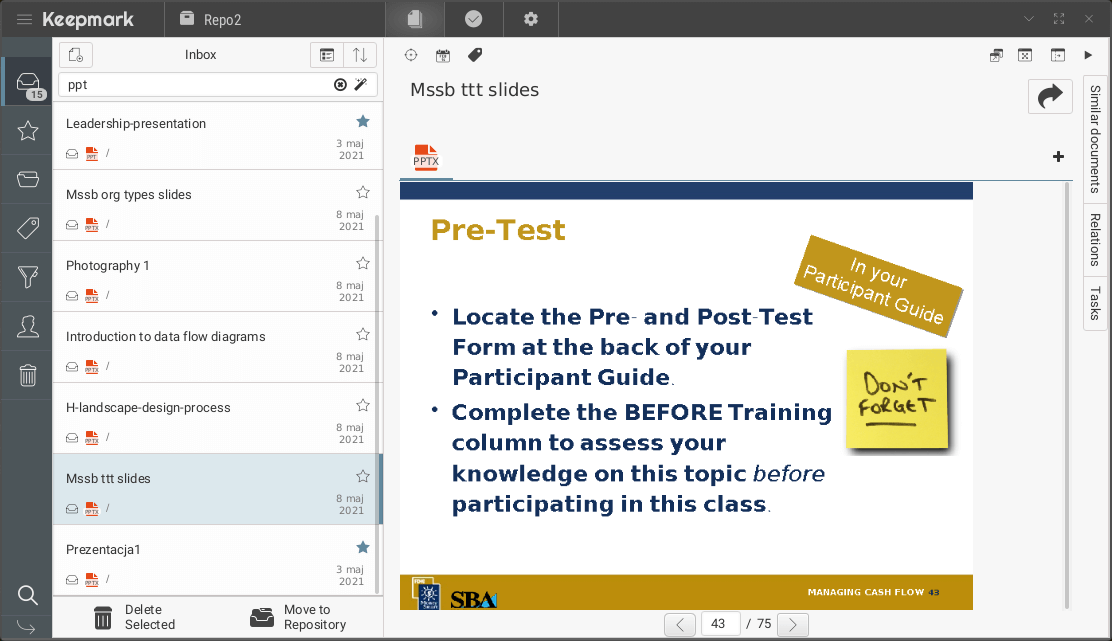 The new document module engine will allow me to further improve the work with documents, and to make the application run faster and smoother. The operation was quite risky, because it completely changed the core code of the application. However, I tried to stabilize the whole release and fix all found problems.

When it comes to new features, I have already mentioned 2 of them in previous posts: