Although in the newest version of the application I have touched many of its areas, I feel a bit unsatisfied here - either the month ended unexpectedly fast, or I have started too many topics while working on version 1.18.0. Some of these changes can be seen in the picture below. 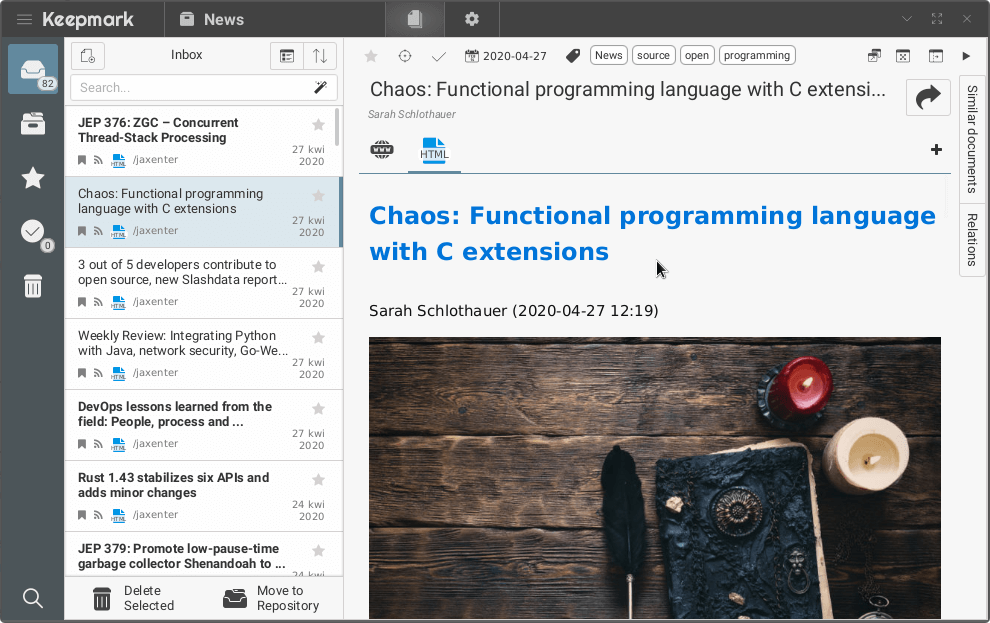 One of the important changes is the implementation of “unread” documents. The functionality works just like in an email box - all new messages are additionally marked as unread. It is a great advantage in case of repositories where some automaton is responsible for adding new documents.

Another new feature I mentioned earlier is the splitting of applications into modules. Currently we have a documents module and a settings module, but in the future I have plans for other modules, and this “novelty” is more about application preparation than a significant change in use.

A little negative change is the removal of communication with Gmail via the official Google API. The verification process was too long and with next Google refusal I decided to put this functionality away for now. In replacement, I’ve been doing a significant performance improvement in mail synchronization with IMAP protocol, which I hope will somehow reward those who used Gmail API (Gmail synchronization via IMAP still works, so in fact users don’t lose too much here).

Other changes worth mentioning here are the introduction of a new icon set. So far I’ve used FontAwesome, but I decided to replace it with a more rich and less recognizable set of icons - Icon54.

In the main application window there are also additional tooltips, which, while keeping the attention a little longer, will additionally display context help. There are still a lot of places where such tooltips need to be plugged, but the mechanism looks promising.