It’s time to release a bunch of fixes and improvements I’ve collected in the new Keepmark 1.32.0. Among the changes there are 2 new features - the ability to merge documents, and the ability to open documents using configured external tools. The last one can be quite a powerful and interesting tool to extend Keepmark’s functionality on your own (e.g. by attaching your own external scripts and applications there). 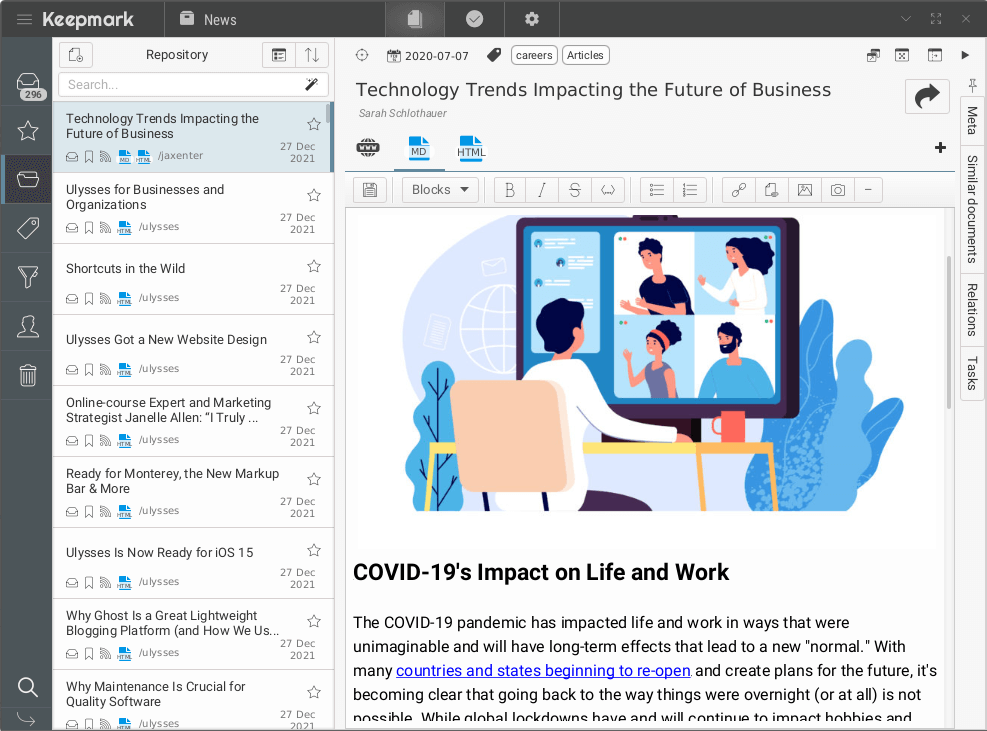 The release also included a lot of smaller improvements. Among them:

In this way, your Keepmark becomes a better document organization tool with each release.