In the upcoming release I decided to focus mainly on finishing and polishing the existing functionality. When one of the users suggested a feature, I decided to modify my plan a bit and so the ability to merge documents will appear. I also lacked such functionality, so it seemed like a good time to add it. 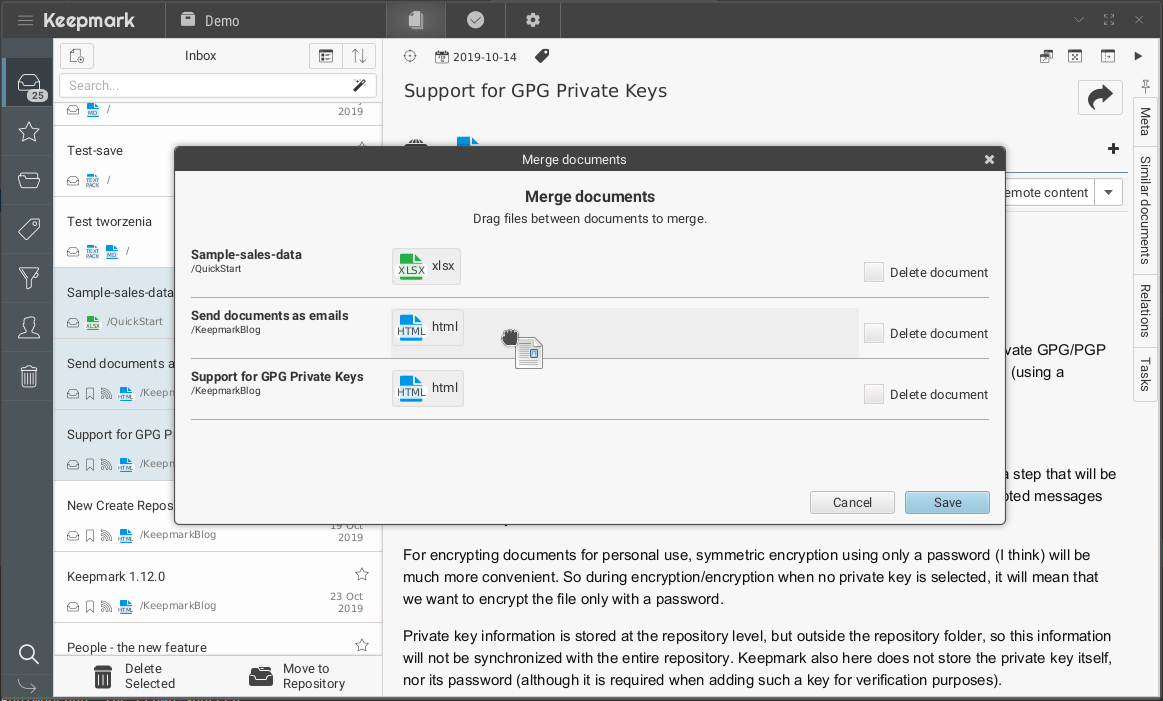 I wanted to squeeze a little more here than just selecting 2 documents and merging them into one. In the end, the functionality allows you to easily move files between documents, with the ability to delete already unwanted documents.

There is still space for further improvement - for example, the ability to move certain attributes or relationships between documents, the ability to edit file names, the option to copy instead of moving, etc. I’ll probably leave that for future releases though.