Today’s release of Keepmark is one of the most “technical” that has ever been. There aren’t many new functionalities - I’ve mainly focused on improving the quality of my application. I’m trying to remodel the application a bit, before introducing a new module. 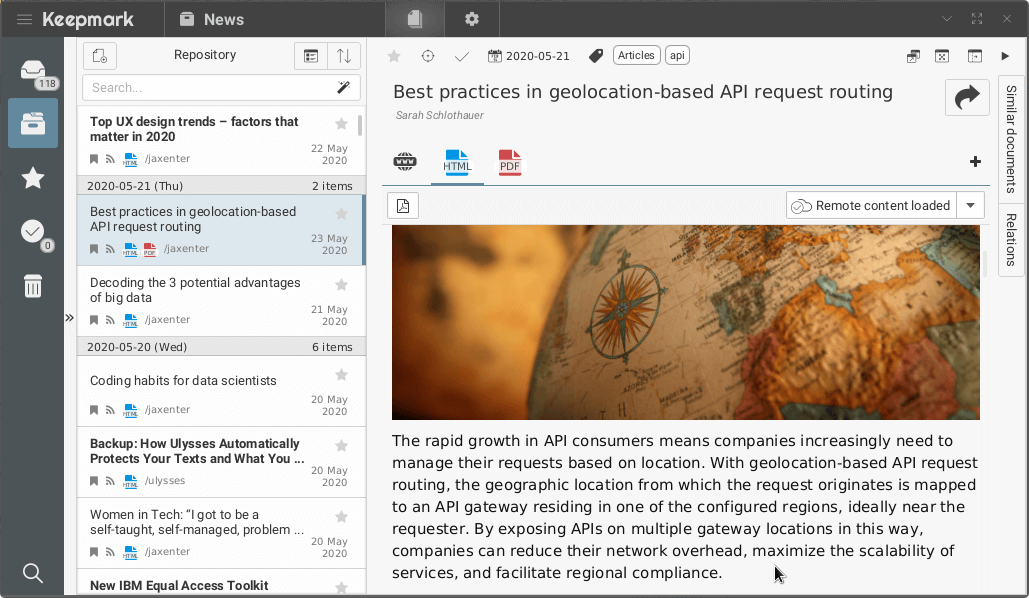 From the news I mentioned earlier, it appeared:

Of the other changes I did not mention, there is a slight improvement in the displayed document titles. Currently, the title size is chosen dynamically to display as much of it as possible without cutting it off. Here is an example how the titles of the documents are presented: 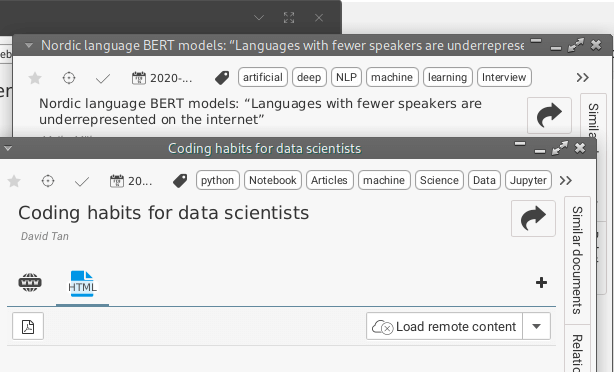 As I mentioned earlier in this version, I spent a lot of time on technical fixes and improvements that are not visible to the user at first glance. Among other things, I changed the way information about repositories is stored, and the mechanism of indexing and loading documents. There have also been improvements in marking documents as read (works much faster) and in downloading emails from IMAP server.