Today I’ve released an update that fixes a few bugs encountered in the application - Keepmark 1.21.2. Instead of waiting for the next big release, I decided that it would be better to deliver these fixes earlier. I like the idea of releasing small updates often, but it takes me extra time that I could spend on application development. 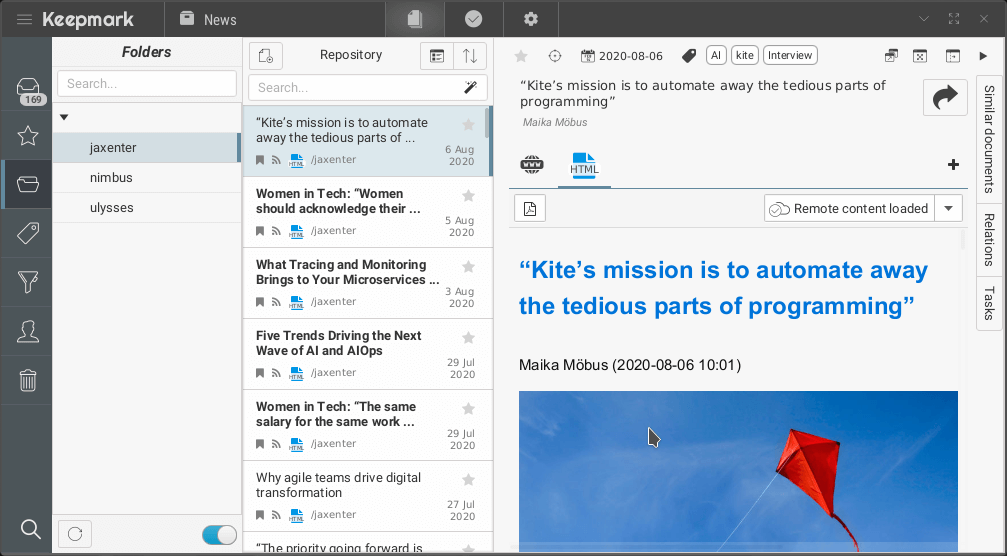